August 23, 2018. At the beginning of tonight’s town council  meeting the addition of an agenda item titled:

13.01. Ordinance #2018-19 – An Ordinance of the Town Council of the Town of Brownsburg,Hendricks County, Indiana, Authorizing the Exercise of Home Rule Authority Relating to a Specific Severance Benefit- Proposed 1st, 2nd and 3rd Readings with final adoption- (Sean Benham, Council President)

This was a ominous sign this was going to be a special town council meeting. 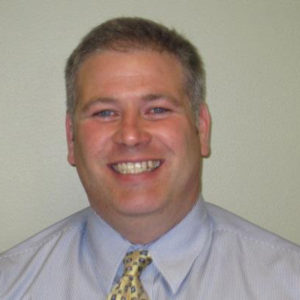 Noticeably absent from tonight’s proceedings was Grant Klienhenz Town Manager, those who watch these proceedings closely also noticed his name plate was removed from his normal position on the dais.  No mention was made during the roll call, nor was his name mentioned in any form or fashion to what was a relatively uneventful town council meeting.

At Town Council items, Town Council President Sean Benham said  “Based on recent events, I am going to make a recommendation changing to a formal motion to move forward with the termination, we transition the position of town manager and as well with that motion that we authorize the town council president and vice-president to take any and all action necessary to facilitate that transition. that transition will be immediate as the time of this vote.  Further this motion will include naming Brian Hartsell as interim town manager. As subject to the successful passage of ordinance #2018-19. So that is my motion”.  The motion was seconded by Brian Jessen.  Sean noted “We have a motion and seconded”, Sean did not ask for any town council discussion on the matter, and went immediately to the vote which was passed unanimously.

Next Sean brought to the floor  “Ordinance #2018-19 – An Ordinance of the Town Council of the Town of Brownsburg, Hendricks County, Indiana, Authorizing the Exercise of Home Rule Authority Relating to a Specific Severance Benefit Proposed 1st, 2nd and 3rd Readings with final adoption”.  Sean noted that given this motion was up for all three readings, a unanimous vote is required for passage.

While the ordinance and it’s exhibits were before the council, the existence of the ordinance was unknown to the public prior to the meeting, none the materials related to the ordinance were available for public review at the time of the vote.

[It is the opinion of this reporter that when Sean Benham opened the floor for town council questions regarding the ordinance, he did not really desire questions.  All other members behind the dais exhibited frustration and discomfort with the series of questions which were asked publicly by Chris Worley.]

Ashley Bascu moved to approve “Ordinance #2018-19 on Proposed 1st, 2nd and 3rd Readings with final adoption”.  The motion was seconded by Dennis Dawes.  With no further comments or discussion the motion passed unanimously.  This story will be updated.