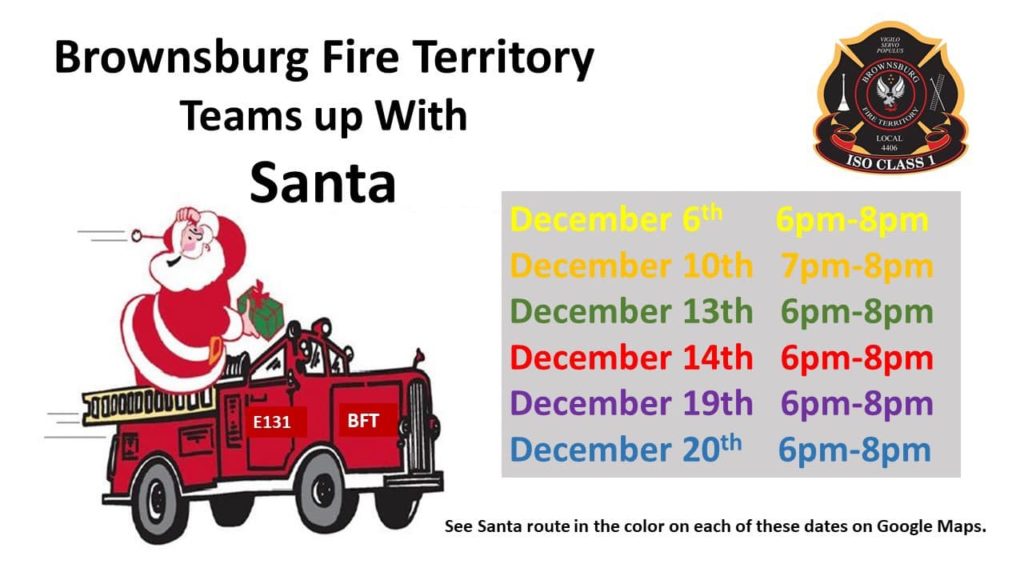 Santa will be traveling a different route each date:

Brownsburg Fire Territory has provided links to each evening’s google map showing Santa’s planned route, click on the link below: 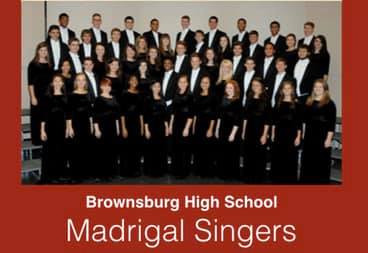 NEWS FLASH …. Madrigals singers tonight 8:30pm with Santa at the 9-11 memorial North side of the Arbuckle Apartments Just fell into place.

Two evening’s have been set aside to Stop, Meet and Take Pictures with Santa. The Locations, Dates, and Times are listed below:

Santa is driving a lot of miles tonight!  Two maps are needed to show it all! 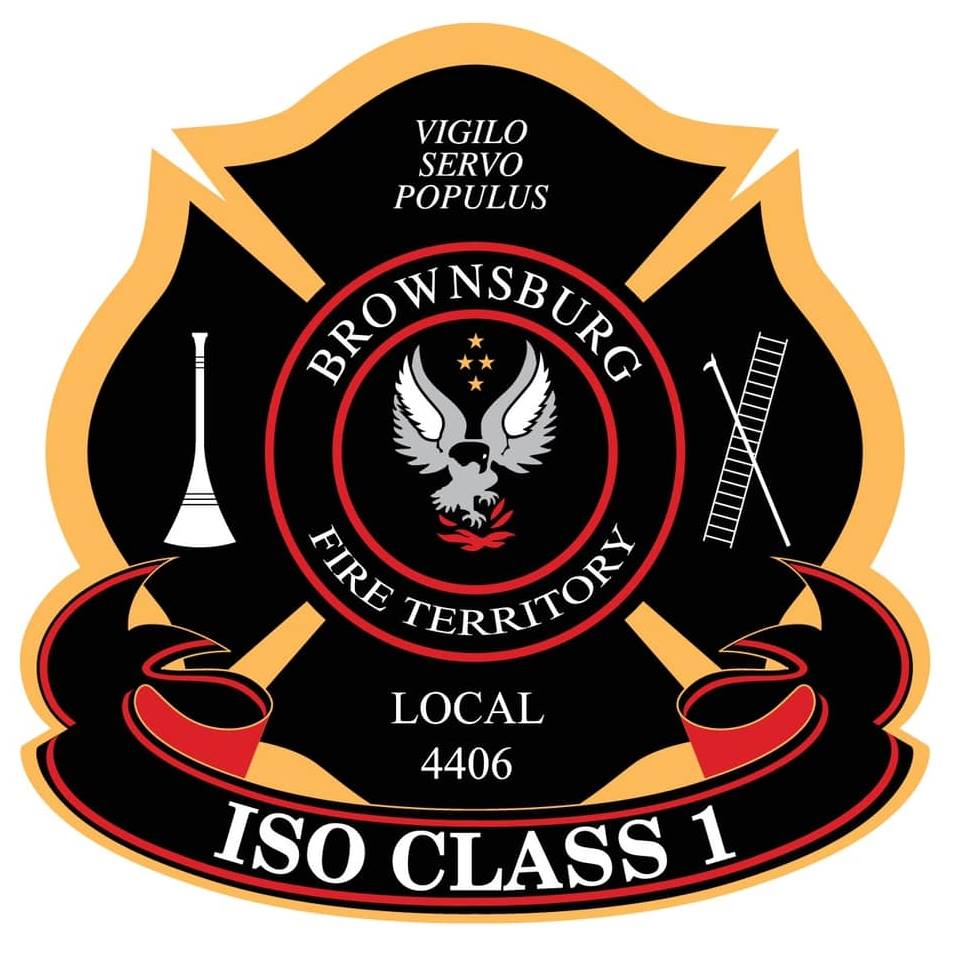 Content by the Brownsburg Fire Territory and The Editor